During World War II, a large temple bell from Konu's Shoganji Temple was confiscated by the Japanese navy as a source of metal to make ammunition. However, before the bell could be turned into bullets, the war ended. An Englishman found it sitting on the dock in Kure (near Hiroshima) and took it home with him. There, it was found by a member of the Japanese Chamber of Commerce from Atlanta, Georgia. He purchased the bell and brought it to Atlanta to donate to the Carter Center, as a gift from the Chamber of Commerce.

President Carter was grateful for the gift. However, as a devout Christian, he understood the bell to be a spoil of war, which he could not accept according to the teachings of the Bible. He had his staff investigate the bell and they discovered that it had been taken from Shoganji Temple. In 1990, Carter and his daughter Amy visited Konu to return the bell. 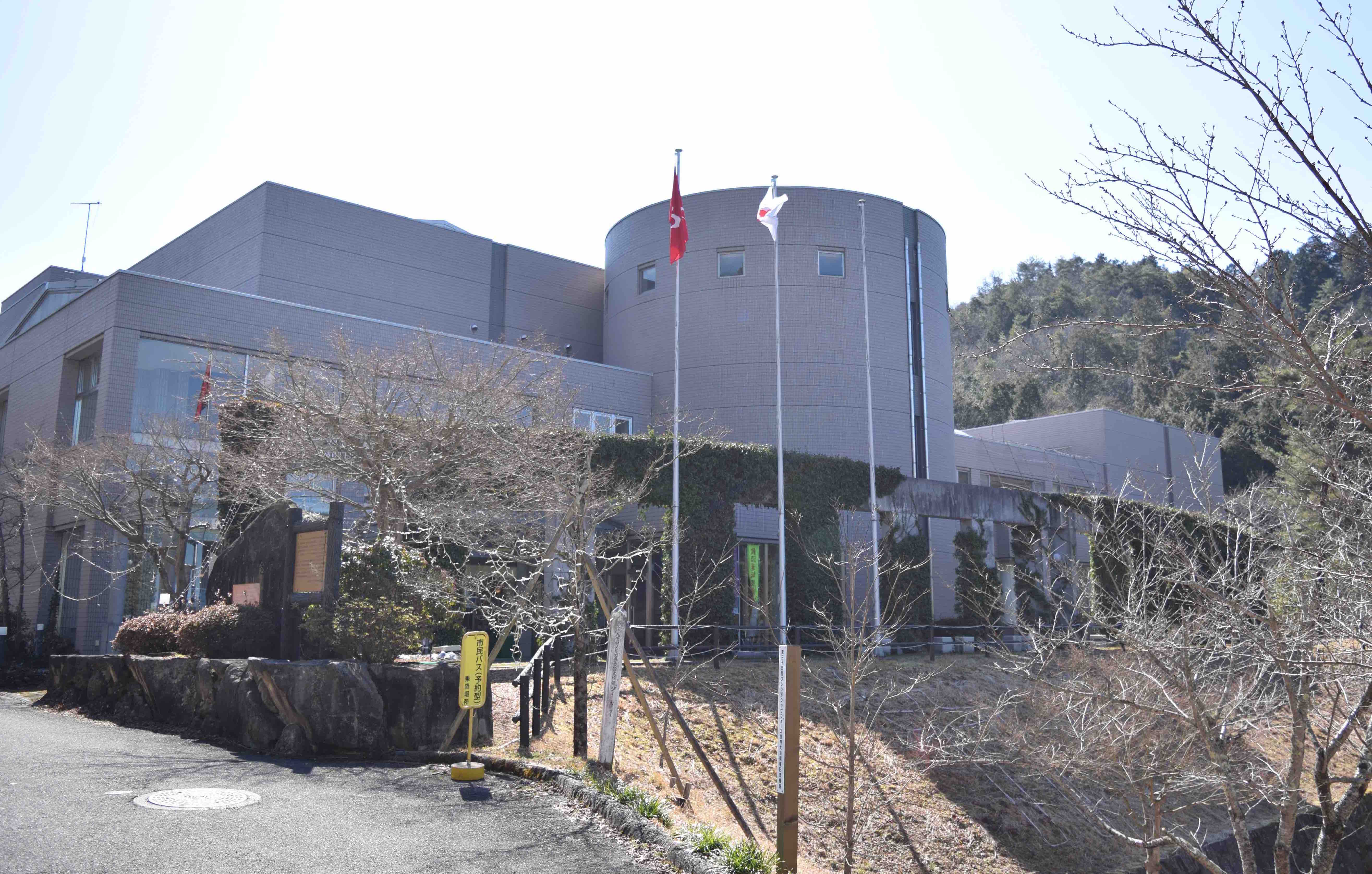 This visit by a former US president to a tiny rural community in Japan changed our town drastically. The people of Konu made a replica of the bell and gave the original back to the Carter Center in Atlanta. Then, to commemorate Carter's remarkable act of generosity, they built a Jimmy Carter Civic Center, which serves as a rather spectacular community center for Konu and includes a gallery called the Peace Learning Center that tells the story of Carter's life, his presidency, and the work of the Carter Center in Atlanta.

Carter visited Konu once again for the Civic Center's opening and ribbon cutting ceremony. Now, Konu's main street is named Carter Avenue. There is a Carter Station on that same street. If you follow Carter Avenue out of town and turn right, you enter Carter Hills, pass the Carter Baseball Stadium and finally come to the Civic Center and four houses built to look like they came from Plains, Georgia. Two of the houses are for visitors to stay in, one holds an art collection, and the last is an excellent restaurant called Amin. Many of Konu's farmers took to growing "Carter Peanuts," and we have a Carter Peanut Festival each year in November.

Most importantly, ever since Carter's visit, many of the ninth graders graduating from Konu Jr. High School go to Atlanta, Americus, and Plains, Georgia each year to visit, do homestays, and meet Carter. Though Carter is likely one of the busiest men in the world, he has always taken time to meet the kids from Konu and teach them Sunday school in his hometown. And, in return, the people of Konu have hosted delegations from Americus.

In 2004, Konu was merged into Miyoshi City, and Miyoshi (population 54,000) is now formally a sister city of Americus (population 16,000). The exchanges continue and are treasured by both sides.

Except for this relationship to Americus, Konu is a traditional, rural community. Folks work together to grow rice, vegetables, fruit and trees. Every couple of months the community cleans the streets, cuts weeds or holds a local festival to celebrate the seasons. The generosity of our community means that, here at PCV, we always have homemade pickles, wild boar meat, and in-season vegetables. Once we grow a surplus of our own, we will find ways to return the hospitality!